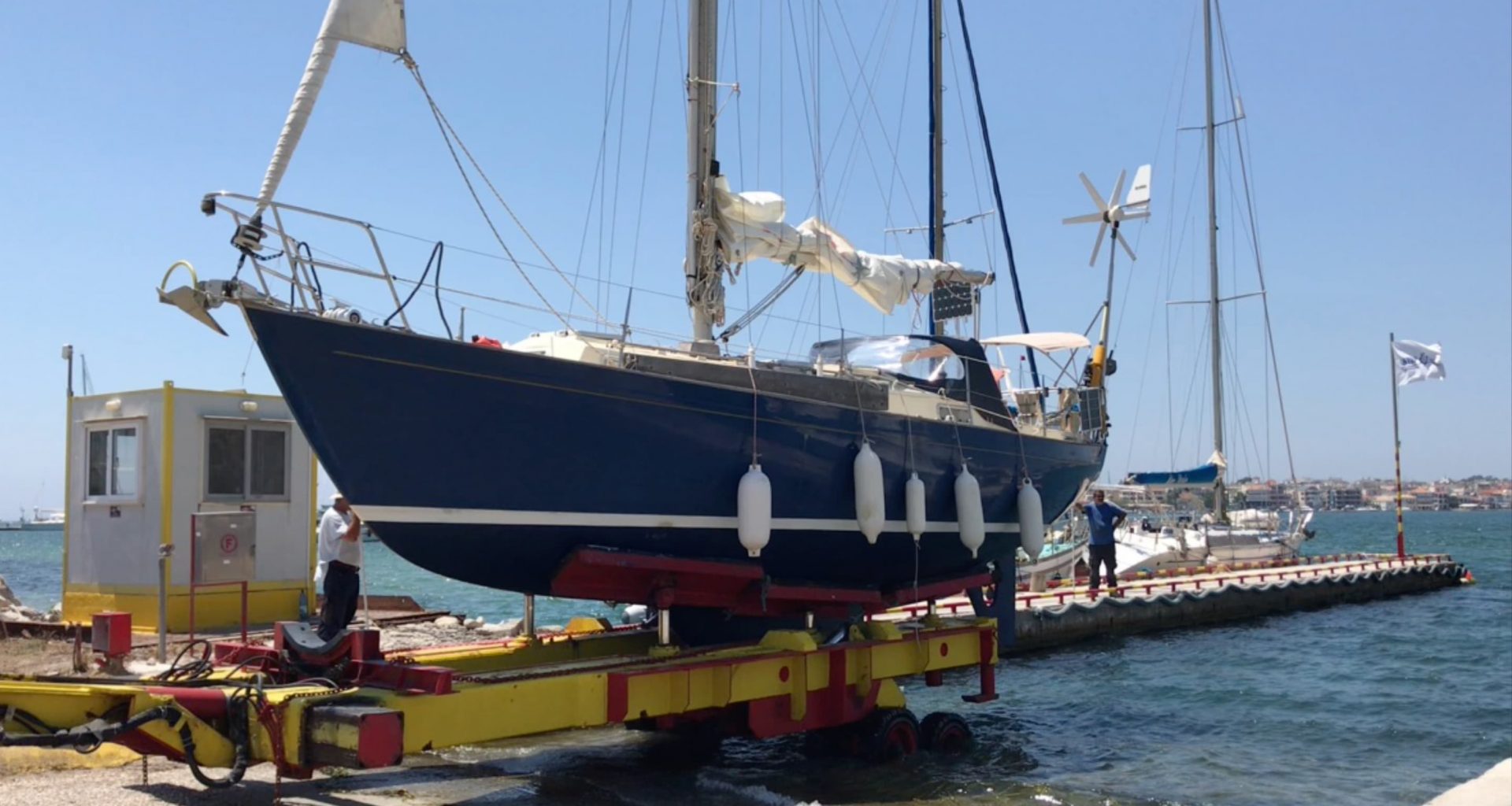 Sailing around the world on a sailing boat

After careful consideration, the person most to blame for all of this is probably a man named Colin, Kath’s Grandad. Kath never met Colin, as sadly he died long before she was born, however, he was the catalyst for several generations of the family who can’t keep away from the sea. Kath’s Gran ‘Pat’ shared the passion with Colin for many years and Kath’s Mum crossed the Atlantic in the 80s with Dame Naomi James (you can watch her interview about that crossing here) and still races dinghies most weekends.

T’s family don’t get away too lightly either, not by any stretch. Genealogy records indicate that they were instrumental in carrying stone from mainland England to the Isle of Wight to build the Needles lighthouse. A community-spirited bunch, they reportedly smuggled rum and other goodies too!

So the pull of adventure and the sea brought us together, compounded by the ambition to pursue an alternative lifestyle. We bought s/v Caladh in May of 2018.  At the time we had no intentions of documenting our life with YouTube Sailing Videos, but as our Mum’s blood pressure increased, we realised videos were a great way of bringing friends and family along for the ride.

Start right from the beginning at Chapter One – The Disappearance

Buying a Boat: A complete guide to buying a boat (with checklists)

‘Waterspout tornado on passage to getting our standing rigging replaced’ – Ch.17